8 Reasons Why React Native Is Important For Developers 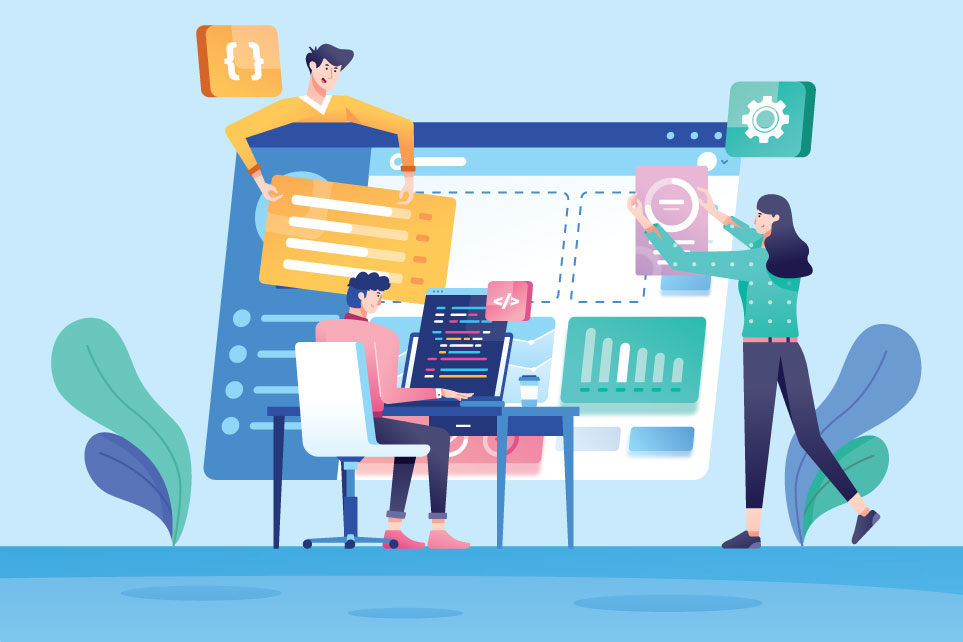 React Native was created in 2013 at an internal Facebook Hackathon, and it was made available to the public in 2015. It only took three more years for it to become the second most popular repository on GitHub, and it’s still one of the most popular development frameworks today, especially for building mobile apps for iOS and Android. It’s the 14th most starred repository on GitHub. It is based on React, a JavaScript library that Facebook owns and keeps up to date. However, it is used to build user interfaces directly on mobile platforms, not for web browsers.

But why is it so popular? What does this framework do that others didn’t? And should a developer spend time learning React Native? Or should they spend more time and attention on other frameworks?

The following reasons will explain why React Native is important for Developers:

For both iOS and Android, React Native develops apps utilizing JavaScript and the JSX syntax (a kind of XML). It does this by rendering native APs in Java for Android and Objective-C for iOS. However, unlike earlier frameworks, React Native enables developers to share code across the web and mobile platforms, allowing them to create applications that run on both iOS and Android while utilizing the same code and underlying architecture. That gives engineers and their teams a significant edge.

Another benefit of using React Native is that when you use it to build an app, it uses “native” mobile UI instead of web views. This makes your app run better and smoother. Older ways of making mobile apps combined JavaScript, HTML, and CSS, which made web pages load slowly and work in different ways. React Native works directly with the mobile OS, which gives the developer access to the phone’s platform features, like the camera, location data, etc., so the apps you make are immersive and fully functional.

Reason #4: Why is React Native Ideal for Remote Collaboration?

Because of how React Native is built, it’s easy for developers to share work on React Native projects, especially in distributed teams or at different stages of an ongoing project. React Native’s modular and easy-to-use interface makes it easier for more than one developer to make updates and upgrades to applications, as well as to create shared work streams with testing scenarios and programmatic logic that everyone can understand. These flexible systems also make it easier for QA testers to work with the framework and save time for the whole team.

Reason #5: Why does React Native Save Time & Money?

These days, it’s rare for a developer to make an app for an Android phone but not for an iPhone or vice versa. So, the fact that React Native uses most of the same code to deploy an app on both operating systems means that you can save thousands of dollars. Also, you save a lot of hours by developing an app once and not having to do the same work for both operating systems. Most of the code in React Native can be used on both Android and iOS, according to current estimates.

In the React Native ecosystem, there are a lot of component UI libraries that let developers make smooth UI experiences in the apps they build with React Native. UI libraries like Shoutem, Expo, native base, and others help developers who use React Native save time because they don’t have to build everything from scratch. This lets them focus on new ideas and creativity instead of building and rebuilding the most basic parts of app development.

Reason #7: How is React Native Similar to (& Different from) React.js?

As we’ve seen, React Native is a platform that lets developers build native, cross-platform mobile apps, and ReactJs is a JavaScript library for building high-performance UI. Even though React Native was built on React, the two don’t do the same thing. Both React Native and React.js are open sources. They were both made by Facebook for their own use, but a large community of developers now uses and supports them. ReactJs can be used to build the core of an app, but it needs to be combined with other libraries to make a full app. React Native, on the other hand, is a framework for building full native mobile apps.

As we’ve seen, React Native was developed as a result of a hackathon, which means that a group of developers made it to meet a need in their community. This demand was to make a framework that combines the benefits of mobile app development with the power and flexibility of the native React environment. And it has done that, thanks to a strong community of developers who have shared their knowledge and expertise and worked to make React Native better. Because of this, React Native is now the 14th most starred repository on GitHub, which means that millions of people all over the world use it.

Remember, it’s always all about adapting what’s useful for you. The above-mentioned reasons are sufficient enough to consider React Native for your app development. We at AppleTech have the experience and expertise in building portals, and mobile and web applications for multiple industries. Come to us with your idea and watch it develop into a solution.