How AI is Changing the Gaming Industry 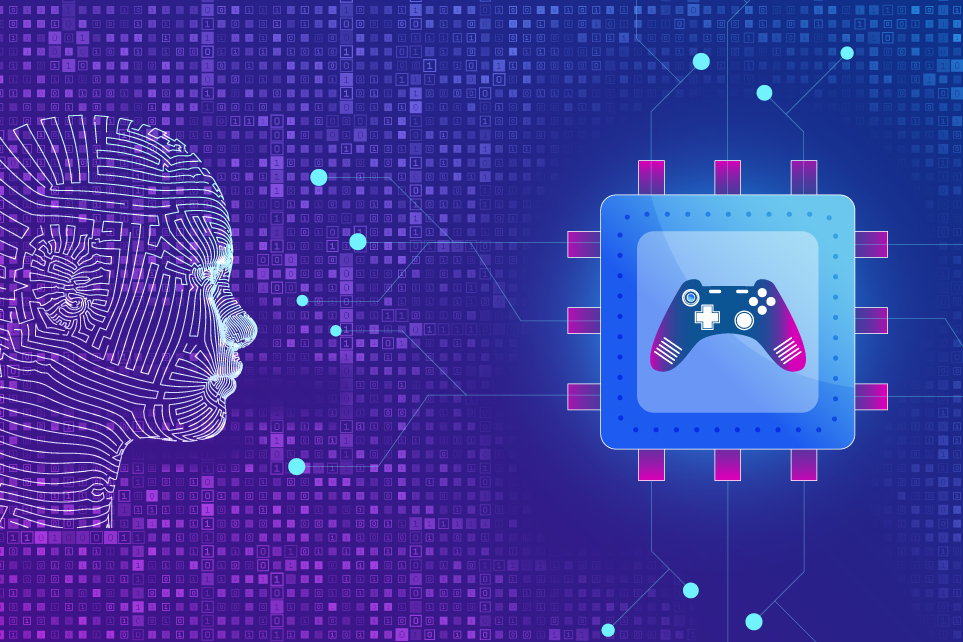 In the last two decades, there have been many revolutionary changes in the industry; for example, Fortnite by Epic Games has built a virtual space for socializing and PlayStation VR by Sony that has brought high definition virtual reality to our living rooms. The next big thing in gaming comes from Artificial Intelligence, which is the most revolutionary technology of our time.

Since the early days, game developers have programmed software in such a way that, along with pretending to be human, a virtual world is created without human expertise. Today, modern AI is not the center of game designs but rather circles around the creation of complex systems’ set that leads to emergent gameplay. Red Dead Redemption 2 is a hyper-realistic Western game by Rockstar is an example.

The contribution of AI to the gaming industry overshadows the gaming business sector. The rapid blending of the gaming industry with real-world experiences has attracted investors. They are won over by AI-powered tools because of the upward graph of monetization opportunities. The control has been handled over to intelligent systems changing the nature of games. The user preferences are evergreen and dynamic, and to tailor to this not only software but also the technology has taken on a dramatic role.

Let’s take a look at ways in which AI has revolutionized the gaming industry:

To hone their creativity and technological capabilities, game developers have always adopted cutting edge technology. Reinforcement learning – a subset of machine learning has acted as a game-changer. The rising adoption of AI has changed the way games are developed. Pathfinding, rule-based AI such as fuzzy logic, and genetic algorithms are drastically changing the notion of Game AI. Along with the knowledge of traditional game development skills, AI techniques are required to make more interactive games.

The detailing in games attracts today’s gamers a lot-from visual appearance and high-end graphics to immersive and interactive games matter. AI is capable of playing a crucial role in taking gaming to the next level by real-time customization of scenarios.

Along with scripting, many game AIs and heuristic algorithms are incorporated for controlling Non-playable characters. The characters learn from the player’s actions and modify behaviors accordingly. Nintendo- a real-time simulation video game works on this concept. The future target is to design robust systems capable of understanding and to react to noise, speech, and in-game sounds. This requires reinforcement learning and pattern recognition so that characters self-learn and evolve accordingly. The adoption of modern AI techniques is prevalent in games like The Sims and F.E.A.R but yet limited.

Half of the game revenue comes from mobile games, and this validates the rise of the mobile game industry. Immersive and interactive gaming is possible because of the high processing power of smartphones and tablets. The lack of a gaming console is challenging to suffice. To impart ‘smartness’ to mobile games, mobile game developers have shifted to AI algorithms and machine learning frameworks. Facebook’s Caffe2 and Google’s TensorFlow Lite have come to the AI developers’ rescue.

In the last decade, 3D visualization techniques have shown an incredible advancement, such as the inclusion of Augmented Reality and Virtual Reality in games. AI is helping developers meet reality resemblance challenges, along with creating visually appealing games. The future is the games that choose the best possible alternative after interpreting and anticipating your activity in real-time.

Voice has always been a natural interface for us and with the advent of voice technology; industries including gaming are adapting conversational AI technologies in their applications. AI-based voice intelligence is changing the way games are played by giving it a more realistic experience. While traditional devices such as keyboards and joysticks fall short in offering such experience, voice as a natural interface gives gamers control over quite a few elements of a game.

The use of virtual voice assistants and chatbots are on the rise. You can find them integrated on websites and applications across industries and the gaming industry is no different in the adoption of these smart assistants. It uses them in a novel form of game consoles, voice-enabled smart assistants for games. With these assistants, gamers can control the actions in various games with their voices.

The gaming industry is now one of the most profitable as games are more than a just source of entertainment. The demand of the community is proportional to the growth of the industry. AI is playing an essential role in making games real and intelligent. It is an exciting time for game developers to roll out all tricks up their sleeves. Do you want to build your own set? Take the first step and contact AppleTech to start your game development journey.