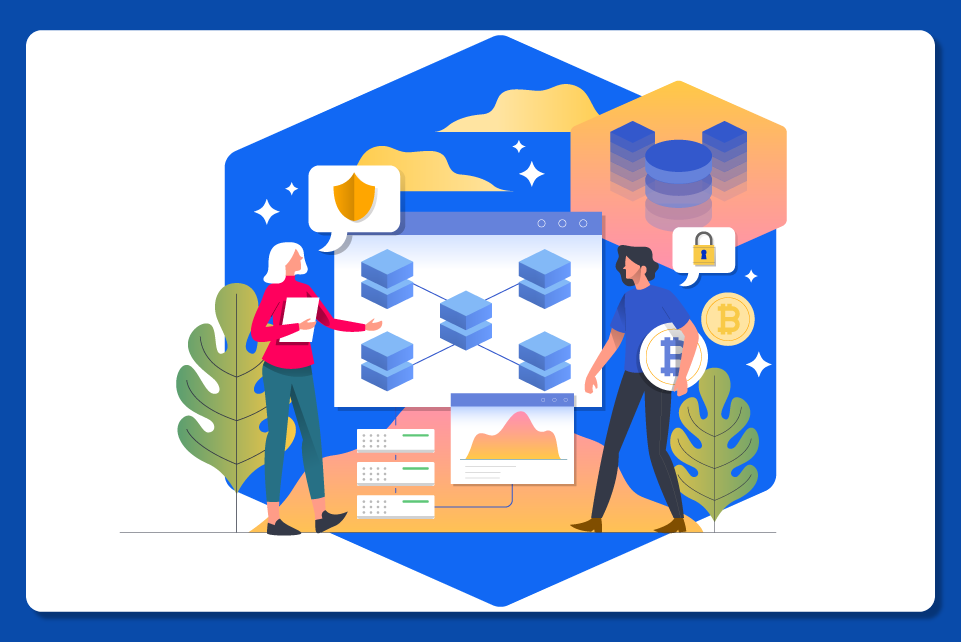 The use of blockchain technology seems to be gaining steam recently. Bitcoin’s underlying technology, which first appeared in 2009, has entered the mainstream. Blockchain technology has many potential uses in many fields, including healthcare, supply chain, logistics, law, and more. Applications built on the blockchain aim to improve the efficiency and openness of existing business procedures.

As a result, we have compiled a list of some of the top blockchain platforms that you can investigate to assist enterprises in bringing more transparency and efficiency into their business environment.

IBM was the first major corporation to use blockchain technology in its quest to improve corporate transparency and efficiency. The IBM blockchain platform is widely used. To facilitate the deployment of blockchain components in an environment of the user’s choosing, this platform delivers a managed and full-stack blockchain-as-a-service solution. This IBM blockchain platform may be used by its users to launch, operate, and expand a blockchain-based distributed ledger system.

Key features of IBM Blockchain are:

The Corda blockchain platform is an open-source distributed ledger that facilitates secure, private, and direct commercial transactions. It streamlines company procedures, which decreases the time and money spent on paperwork and transactions.

Because of its adaptability and responsiveness, the platform could be expanded to suit growing corporate needs. CorDapps are Corda-based applications that aim to revolutionize industries as diverse as healthcare, energy, insurance, finance, and more.

Key Features of Corda are:

Ethereum, often known as ETH or Ether, is a major blockchain platform with its own native cryptocurrency. Ethereum is being used to create new financial apps, decentralized marketplaces, games, cryptocurrency wallets, NFTs, metaverses,  and more.

They boast the biggest group of dedicated protocol coders, cypherpunks, crypto-economics experts, and mining corporations. One of its goals is to do away with any third parties on the web that may be keeping records or keeping tabs on your financial instruments.

Key Features of Ethereum are:

To facilitate the development of modular applications and solutions, Hyperledger Fabric has been developed It enables plug-and-play compatibility for components like consensus and membership services. It features a modular and adaptable design that can accommodate a variety of industrial application cases.

Hyperledger Fabric’s ability to permit a network of networks is an important function. Although members of the Fabric network collaborate, they often retain distinct ties inside their networks since companies often wish to keep part of their data private. Fabric offers a safe and scalable platform that allows private contracts and transactions as opposed to an open and permissionless system.

Key Features of Hyperledger Fabric are:

Hyperledger Sawtooth’s design is modular and adaptable; it keeps the system’s core independent from the area where it’s used. Therefore, the business rules for apps can be implied by smart contracts without knowledge of the main system’s architecture. It is compatible with a wide variety of consensus techniques, such as Proof of Elapsed Time (PoET) and Practical Byzantine Fault Tolerance (PBFT).

It is a blockchain platform for enterprises that are used to build distributed ledger networks and applications. Its goal is to make ledgers distributed and smart contracts safe, particularly for businesses. It simplifies blockchain app development by allowing developers to express business rules for their applications in their own language.

Key Features of Hyperledger Sawtooth are:

Stellar is an open blockchain network that facilitates the transfer of funds. In a single day, it can process millions of transactions. Stellar, like Ethereum and Bitcoin, uses a blockchain to ensure that all nodes are in sync with one another. Your own assets can be issued, tokens can be traded between users, and cash can be converted in transit using a stellar blockchain platform.

More than two-thirds of financial institutions are exploring blockchain technology to improve the trustworthiness, efficiency, and safety of their services. Stellar is an important and scalable blockchain platform for developing fintech apps, tokens, and digital assets that represent financial assets safely and quickly.

The Hedera Hashgraph Platform is a lightning-safe, fair, and quick platform that does not need the execution of a complex proof of work algorithm. It enables developers to create novel, scalable decentralized apps.

Smart contracts on the Hedera Hashgraph platform, like any other software component, can be developed dynamically. Because the platform includes an optional method for “binding arbitration,” smart contracts launched with a list of arbitrators’ public keys can be modified to correct faults or add new functionality.

Key Features of Hedera Hashgraph are:

How to choose a Blockchain Platform?

The first and foremost question you need to ask that which type of blockchain your business requires. If you want your network members to be approved before joining the network, you must utilize the permissioned network. Determining whether you need a permissioned or permissionless blockchain is thus crucial.

Programming Languages Supported By The Platform

If you have an in-house developers team, it’s important to consider the platforms they’re proficient with. You may need to hunt for a platform that supports Python, Java, Javascript, and other programming languages.

Security is an important consideration for many firms, particularly those that handle sensitive information. It is critical to choose a platform that maintains security to avoid security breaches. Some prominent platforms, like EOS and Hyperledger Fabric, have a strong track record when it comes to security.

Smart contracts are a valuable mechanism for verifying, enforcing, or initiating activities on the blockchain system, but they are not supported by all blockchain platforms. So, it is important to consider whether the platform has smart contracts functionality or not.

If you are confused about selecting the right blockchain platform for your business, then you consult AppleTech’s blockchain experts. We can also help you convert your blockchain project idea into a real product with our expertise on top platforms.