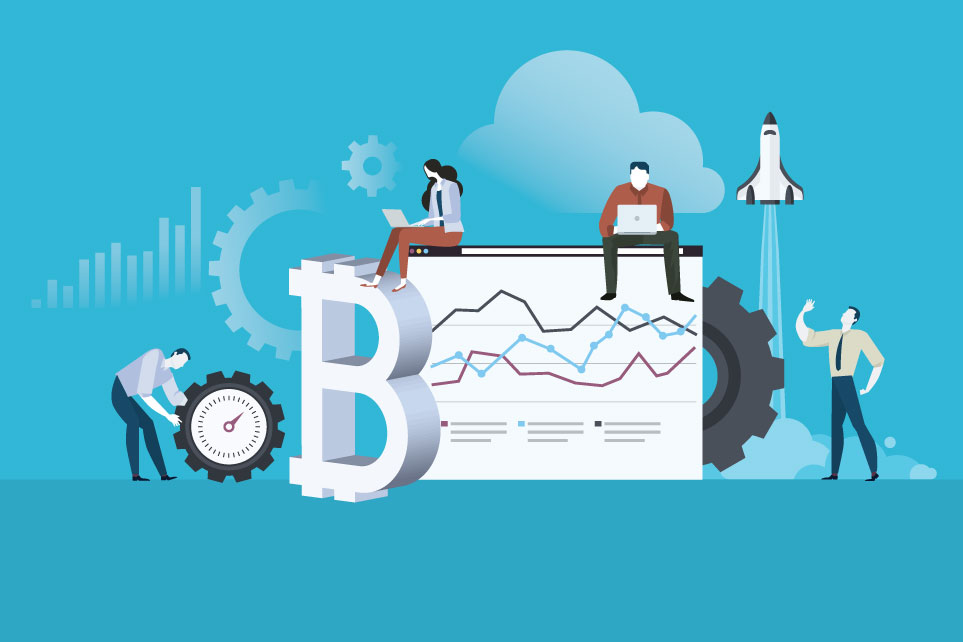 The introduction of Bitcoin in 2009 brought blockchain out of the realm of theory and into practical use, proving the viability of this distributed ledger technology in the digital sphere. Ever since then, businesses have experimented with blockchain to see whether it may benefit their operations, too.

Blockchain technology is being used by well-known corporations, government agencies, and charitable organizations to streamline internal operations and open the door to new business strategies.

Blockchain’s usefulness comes from the fact that technology allows data to be shared rapidly and securely between parties without making any one party responsible for data security or transaction facilitation.

There are numerous benefits of blockchain technology, and we will cover 10 pointers explaining how it can help in your business growth.

But first, let’s understand what blockchain technology exactly is.

What is blockchain technology?

Blockchain is a mechanism that is used to store cryptocurrency transaction data. It is a decentralized database that spreads out throughout a network of peer-to-peer computers to store the transaction. The data is kept safe and is less likely to be compromised in this manner.

Every block in the blockchain is made up of multiple transactions and their associated information. Every time a new transaction occurs, a record of that transaction is recorded in the ledger of each party involved.

The blockchain is dispersed across numerous computer systems and is not maintained or operated by a single authority. The system is known as distributed ledger technology since it is controlled by several parties.

Trust is one of the most important contributors to the successful completion of a commercial deal. When we initially engage with a company, we often involve a recognized third party that controls and validates the commercial transaction.

But with blockchain technology, you may do business with any organization with confidence. The foundation of blockchain is the notion that sharing transactional data online does not need establishing a formal business connection.

The decentralized nature of blockchain is another intriguing aspect. Blockchain transactions are not controlled by the central government or any government body since they are decentralized. The confidence of the users may be increased if the process is autonomous.

In the blockchain, there is no central authority. The information is sent via a supply chain that includes manufacturers, merchants, and distributors. There is no one organization in control of the process; information and data are freely exchanged across various firms. Thus, the very nature of blockchain streamlines the business process.

Businesses all over the world have been worried about security for all kinds of transactions. Blockchains, on the other hand, guarantee the security and safety of your transactions. End-to-end encrypted transactions are recorded in an untraceable manner. It ensures that fraudsters and hackers cannot access your data.

In addition, blockchain spreads the record of transactions among a number of computers. Compared to the conventional method, where all the data is kept on a single computer system, the blockchain-enabled system is far more secure as a result.

You can easily view your transaction data with the entities who share a personal node with each other thanks to the decentralized nature of blockchains. Users can monitor their transactions in real-time by using a blockchain explorer.

It is quite simple to track and find a problem because of the transparent blockchain architecture. If someone attempts to tamper with our data, we can quickly find out about it. Additionally, a copy of the data is available to every participant in the transaction process.

It might be a little challenging to track a product’s origins using conventional transaction methods. However, with blockchain-enabled systems, you could readily track your transactions since the data was saved as nodes. You can determine the provenance of an asset with the use of an audit trail.

In order to verify the legitimacy and security of your transaction, you can also watch each stage of the procedure. Blockchains’ traceability feature makes it easy to track down a product’s origin or any problems it may have had.

The nature of blockchain can help enterprises save money. It improves the efficiency of transaction processing. Additionally, it streamlines reporting and auditing procedures and lessens manual activities like data aggregation and amendment.

Experts cited financial institutions’ savings as evidence of the effectiveness of blockchain, adding that the technology’s capacity to simplify clearing and settlement immediately translates into process cost reductions. More generally, blockchain reduces costs for organizations by doing the processing that it is capable of without the need for intermediaries like suppliers and third-party providers.

Blockchain can handle transactions far quicker than traditional techniques since it eliminates middlemen and replaces remaining human procedures in transactions. In certain circumstances, blockchain transactions may be completed in seconds or less. However, timings can vary; how rapidly a blockchain-based system can execute transactions is determined by a number of variables, including the size of each data block and network traffic. Nonetheless, experts have decided that in terms of speed, blockchain often outperforms traditional procedures and technology. In one of the most visible blockchain implementations, Walmart utilized the technology to track the origin of sliced mangoes in seconds, a procedure that had previously taken seven days.

The transactional data on a blockchain is also immutable and end-to-end encrypted. Immutability in the context of blockchain refers to the ability to maintain a record of all steps taken during a transaction. To preserve immutability, every transaction on the blockchain is correct time- and date-stamped.

As a result, it is simple to analyze data and audit trails over time. It may assist you in keeping track of all the parties involved in the transaction process as well as identifying any errors early on so that you can address them immediately.

By using blockchain technology and smart contracts, business processes may be streamlined and automated. The term “smart contract” is often used to refer to digital contracts that are kept in a distributed ledger, or blockchain. When the requirements specified by the smart contract are satisfied, the contract proceeds to the next phase of the transaction without any more human intervention.

This is a fantastic method of making the blockchain even quicker and more efficient. The need for handwritten contracts between parties is also reduced as a result of this. Therefore, after you have submitted the necessary paperwork data in a transaction, you will proceed to the next phase of the transaction without further action from you.

Tokenization refers to the process by which the value of an asset (either digital or real) is transferred to a digital token that is then recorded on and shared through blockchain. Digital artwork and other virtual assets have been early adopters of tokenization, but the technology has wider implications that might streamline financial and commercial operations.

Tokenization might be used by utilities, for instance, to facilitate the trading of carbon emission permits in compliance with carbon cap programs.

Traditional approaches to running a company are starting to seem a little stale these days. The past few years have seen a revolutionary change in the corporate world because of blockchain technology. Technology like blockchain is here to remain, and you can benefit from it too. With this newfound knowledge of the advantages of a blockchain-enabled system, it is time to implement one inside your own business.