Pros and Cons of DevOps Methodology and its Principles 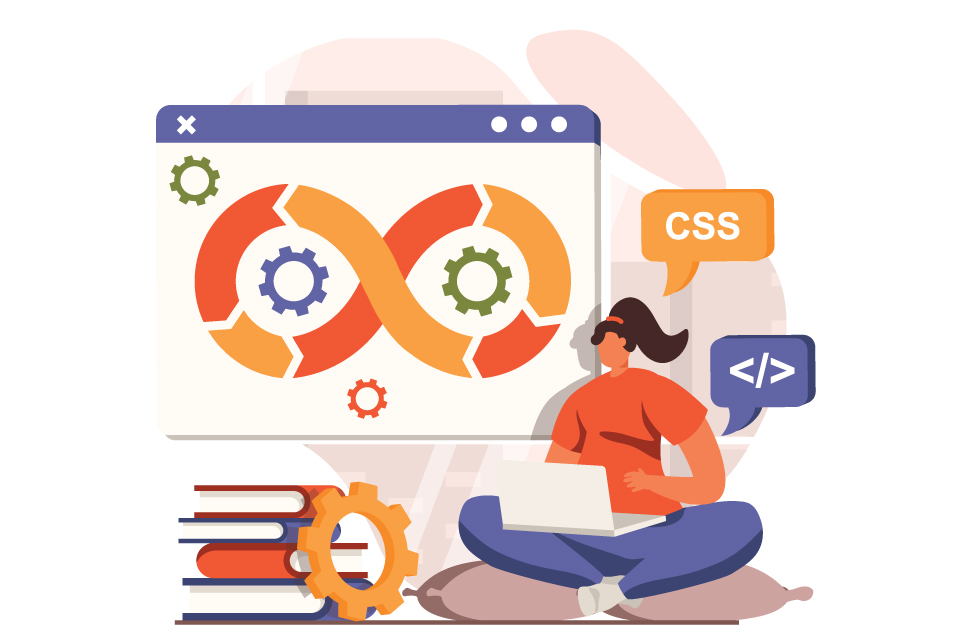 DevOps is a great strategy that helps developers at many different companies make their products more successful. With all the talk about DevOps, it’s easy to think that it’s a technology that will fix your production and quality problems. But DevOps is more of an approach that can change the way people work by making it easier for people to work together and stick together.

DevOps has some problems of its own. The fact that it has benefits is what makes companies want to use it, but they should also know that every technology has its drawbacks. In this blog, we’ll look at the ideas behind DevOps and talk about their pros and cons.

Both DevOps and Agile have some things in common. But the DevOps methodology always puts automation first and focuses on making the development and operations teams work together as a single unit. In the modern world, these benefits are important because needs are growing and it’s important to keep up with changing needs, automation, and resilience in order to stay relevant.

DevOps is often called a method or an approach, but people should know that it changes the culture of an organization. DevOps makes it possible to get feedback, so you can roll out new products and make the ones you already have better. CI/CD stands for continuous deployment and improvement (Continuous Improvement and Continuous Development). One of the fundamental tenets of DevOps is this.

As improvement is always in the picture, testing and rectifying errors is a given as bugs must be hammered out. This brings forth the requirement for swift testing, and one principle that keeps DevOps ticking is automatic testing. This testing mode doesn’t even require manual testing as bugs are detected by automatic testing, and it lends the chance to developers to fix bugs swiftly. The developers can also subject the project to load testing, giving insights into how the program will function under severe circumstances.

With this, we have covered the principles of DevOps. To sum it up, CI, CD, and automatic testing are the fundamental principles of DevOps. CI provides the inputs to the project members as to the prevalent issues with the code, and the problems commonly expected in the initial stages are detected and fixed. Automatic testing brings forth quality issues and allows the developers to fix the bugs. Finally, the final or iterative update will be easily deployed with CD. Now, with the principles summarized, let’s dig into the advantages of DevOps.

There are pros and cons to everything. DevOps aims to take the agile process to new heights, but it also has some problems. However, many people agree that DevOps’ pros are more important than its cons. So, let’s look more closely at what these benefits are.

Using the DevOps method, the software can be made faster that works perfectly. The automation that is being pushed saves a lot of time. Operations that used to take weeks to finish and required many handoffs can now be done with a few keystrokes or by running a script.

With automation taking care of important tasks, there are some things that don’t need to be thought about. This is mostly because automation has been getting better and better in recent years. Automation has enough tools to cut costs, whether it’s for finding bugs, putting out updates, or doing mundane tasks. Even though automation may cause some problems at first, it has many benefits in the long run. On average, it was seen that integrating DevOps could save companies 20 percent on their overhead costs.

DevOps is a much better way for the team to work together. Coordination is the key to getting things done, and the principles of DevOps make sure that coordination and collaboration set the stage for a smooth workflow.

One of the ideas behind DevOps is automatic testing, which lets the people working on the project fix bugs quickly. Because of this, quality standards are met faster with DevOps.

With automation, you can push out updates faster than you could before. As DevOps brings automation, project members will have time to make solutions that work on a wide range of devices. Because of the automation benefit, updates can be set up to be rolled out automatically, which takes care of the worrying parts of deploying solutions.

As DevOps breaks down the project delivery into iterative updates, the project leads can make a practical roadmap of the deliverables that include important parts like development, testing, and deployment. The solution’s life cycle is set by the roadmap, and all key players, including stakeholders, should be involved at this stage.

The disadvantages of DevOps are just additional obstacles that must be addressed. Pros outweigh these drawbacks, as we’ve said repeatedly. Here are the drawbacks for your consideration, without further ado.

When DevOps is used, the IT environment of a company can often become more complicated. By putting together a lot of tools and technologies during the software development process, a company can make its production environment harder to manage and fix. DevOps can also force businesses to spend more money on hardware and software resources, which makes things harder and costs more.

At the moment, DevOps is not standard across the whole industry. Because of this, DevOps companies have to make their own workflows and toolkits, which can take a long time and cost a lot of money. Also, if there isn’t enough uniformity, staff members might not know how to use DevOps principles in the best way.

Because DevOps is being used more and more, there aren’t enough skilled DevOps engineers and specialists. In the early stages of putting DevOps into place, this means that companies often have to hire inexperienced workers or consultants. Unfortunately, this haphazard way of doing things leads to software problems and a drop in quality.

When businesses start using DevOps, their costs can sometimes go up. When businesses need to buy more hardware and software resources and hire skilled DevOps specialists, their IT costs can go up by a lot. Also, the complexity of a DevOps system often causes problems with how well applications work and how reliable they are.

DevOps also brings a lot of technical problems with it. One of the most important things is to standardize and automate procedures and technologies across the business. This could be hard, especially for companies with a lot of apps and platforms. Another challenge is adding DevOps to an existing system without slowing it down or making it less safe.

Lastly, the DevOps method might be hard to use from an operational point of view. One of the hardest things to do is to make sure that deployments and rollbacks are done in a safe and orderly way. It could be hard, especially if you work in a big, complicated factory. Monitoring and logging are also key to the success of DevOps, but they can be hard to set up and manage.

One of the most difficult aspects of implementing DevOps is convincing staff to adopt the new processes and technologies. Therefore, organizations should teach their staff the fundamentals of DevOps practices to succeed. In addition, businesses should guarantee that they fully realize the benefits of DevOps by teaching their personnel how to use these new tools and procedures. At AppleTech, our teams of highly experienced remote software engineers are always learning about new technologies, Agile ways of thinking, and best practices for DevOps. Get in contact with us to explore how we can help you achieve your business objectives with an experienced team.