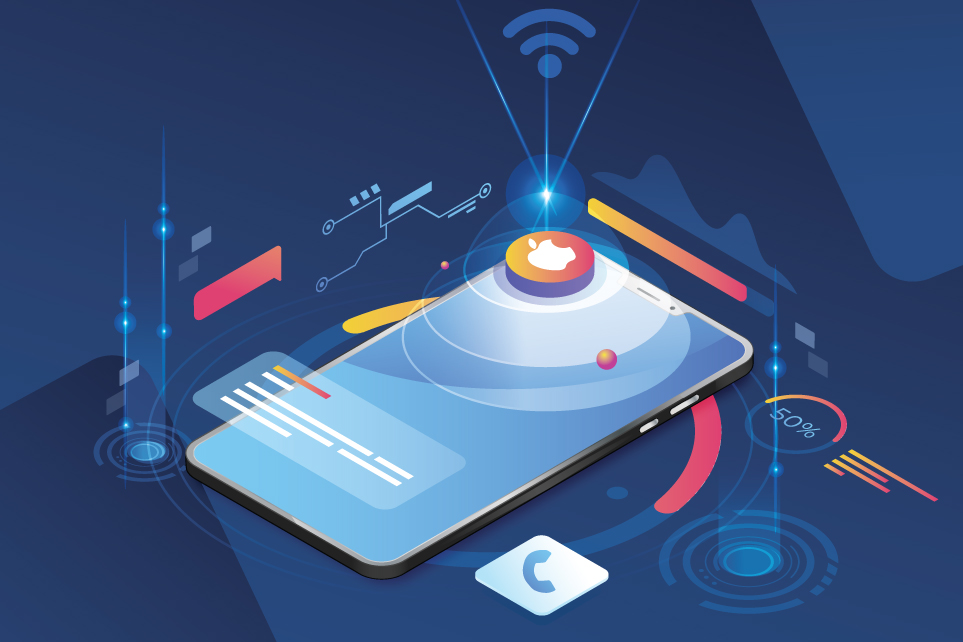 There are more than registered Apple users globally and the money these developers have made through App Store is more than $100 billion.

So, you can only imagine the demand and competition that beholds you as an iOS app developer in this global market. Following best practices for iOS app development will help you get an edge in the market, and deliver result-oriented, ASO optimized, and practical iOS app solutions to your clients.

Imagine having the best iOS app for food ordering that has all the right features and an appealing UI too for attracting customers. Now, the app is as promising as it can get once your user gets in the app, but the app takes forever to load! Ordering food is something that has a higher sense of urgency and users do not want to waste time to get ordering. Hence, this will impact your app’s popularity negatively and users will uninstall your app for poor performance.

The same concept stands true for any kind of mobile app. You need to ensure a seamless mobile app experience for first appealing to your customers and then retaining their interest in the app too. Without wasting much time, let us go right into the iOS development best practices.

Prepare for the Battle

Many developers feel an irresistible urge to start coding immediately. Although it’s an understandable approach, it’s not the best one. Making an application is a complex process and you can seldom skip a phase without consequences. Before your team starts coding, you need to decide on the app’s architecture and which design patterns to choose. Typically, for iOS applications, you will use a Model-view-controller pattern. In MVC, you break down the application into components of UI, Data, and Software. It has the additional advantage of preparing your app for future changes and upgrades.

However, you may also decide to build a hybrid application for iOS and Android. This is a strategic decision for development and marketing. Then comes yet another solution of creating a native mobile application with React Native.

This stage of preparation involves deep and wide research. According to our experience, it’s worth the price though. It’s like “measure twice, cut once” but in software development.

You should have decent documentation covering all elements of the system. A description of the desired project outcome will help you keep on track. Documentation of code will later be an incredible source of information about how and, more importantly, why things had been done in a particular way. Business logic, especially in bigger systems, is something hard to comprehend, and the easily available documentation is a helpful solution.

It will be easier for your developers to understand what the project is about. Especially if they join the team at later stages. Or, if after several years, someone will have to introduce some changes. Remember that successful projects need not only great execution but also thorough controlling.

You will also need proper documentation for testing purposes and future quality assurance. Even if you’re the one-man army, it’s possible that some details will evaporate from your memory. Moreover, well-written documentation can get you more reliability and help your app go through App Store revision.

An unexpected thing for many app creators will be that they should start thinking about marketing before they sit down to code. Part of your mobile application marketing will be its distribution. One of the best, if not the best way to make your iOS app available to all users, is to put it into the App Store. The big plus is that it gives you higher credibility if your app is admitted to the App Store. Why? Because getting your app published there may sound simple but isn’t. Not at all. In fact, this is another thing you should think about at the stage of planning your application, then during the development process, and preparing for release. If you omit this part, it’s highly probable that you will spend awful lots of time working on something that won’t be allowed for App Store distribution. Apple guidelines cover topics like safety, performance, business, design and legal issues.

Think About Security from the Very Beginning

If you don’t want anyone to hack your application and spoil it, you will need to think about its security on every stage from architecture design, to coding, to testing, to release.

The major security issue is that mobile applications have access to data stored on mobile devices (smartphones, tablets). Your app shouldn’t serve as a gateway for various scammers who want to steal the data or take control over the user’s device. Security issues will be crucial if your app involves online payments or needs to store and use personal information. Your lightheartedness about security may result in fraud vulnerability. Badly designed and coded mobile applications may help to commit identity theft as well.

To avoid these threats, you should incorporate a security protection approach. The fundamental part is to focus on code quality. Take a closer look at your app’s cache, logging process, and authorization & authentication. You should also consider the implementation of an additional encryption layer.

It’s obvious that if you make an iOS application in 2022, you need to make sure that it runs smoothly on iOS 14 released in December 2020. It’s worth noting that iPhones since 6S to 12 Pro are compatible with the latest release of iOS.

Depending on your app’s advancement and use of the most recent iOS features, achieving backward compatibility may be difficult. The latest changes and features include (among others):

That’s the moment when you need to decide if and how far backward you want to go. How much time and money you’re willing to spend and how many users it will give you?

Application development requires an appropriate environment. There are many on the market, but most iOS developers agree that Xcode is the one. It is the only development environment for iOS officially supported by Apple, hence it’s the main choice of developers. It is the first choice if you aim to build a native iOS app. Also, it’s free and available with all the documentation you might need.

Among other advantages, Xcode provides an intuitive user interface, enables easy testing and bug-fixing and dynamic navigation. Moreover, you can quite easily connect Xcode with GitHub for version control and team cooperation.

There are alternatives like AppCode. This particular is the most popular (apart from Xcode of course), but it needs Xcode underneath, so it won’t make much sense unless you really need some custom-build features.

So, you already use Xcode and GitHub. There is one more thing called CocoaPods. This dependencies manager will boost your performance by keeping all third-party dependencies in order.

Some may ask, why use the third-party dependencies at all? Of course, they can do everything on their own, but you shouldn’t. It simply doesn’t make sense, like reinventing the wheel. Let’s take the password field in your app registration form. You can write all the rules on your own and test if passwords are validated properly. But you can use GenericPasswordRow Pod and have it done together with hints and password visibility option. Check the CocoaPods website and search for what you need.

CocoaPods can even help you write better code. (In a way, at least…) For example, some developers keep configs as constants in their code. Not only is it against iOS best practices, but also a troublemaker in the future. To keep configs outside your code, use CocoaPods and do it right.

You probably already know what Minimum Viable Product is. Still, its importance cannot be overestimated. Focus on basic features that will constitute the core of your application is beneficial in many ways.

First of all, at the very beginning, it’s easier to work on fewer challenges and make an app that is brilliant in a couple of things. It’s better than an app that’s mediocre in lots of things. Second of all, the delivery of an MVP is quicker and you get feedback sooner. Therefore, you can react and increase users’ satisfaction faster leaving behind your competitors. Subsequent iterations will make it even better. The next aspect is that MVP is cheaper than a fully grown application. You can think of it as an experiment. The outcome will tell you whether to invest more money or withdraw.

Aim for a Fabulous Design

Apple has always been renowned for great minimalistic design. This aspect is still important for clients who buy iPhones, iPads, or Macs. If this is the reason why people want a new iPhone, then they will look for it in iOS apps as well. There is no need for a flamboyant user interface design. Contrary, your app will benefit from something simple.

Luckily for you, Apple published Human Interface Guidelines. That’s your primary source of knowledge about iOS app interface design. Everything from user interaction, to animation, to branding, to bars and buttons, is there.

These guidelines remind us that good design doesn’t focus only on a nice layout. Good design is purpose-driven. It answers our call for clarity and understandability.

We started talking about accessibility in the context of people struggling with disabilities. And it’s good, but today we know that our vision was narrowed. As Elise Roy said in her TED talk, ‘when we design for disability first, we often stumble upon solutions that are better than those when we design for the norm’. The accessibility principle makes us design better applications by thinking about different users’ experience.

Mobile accessibility is also covered by W3C Web Accessibility Initiative Guidelines. Even Apple has put it very explicitly in its Human Interface Guidelines, breaking accessibility into two main ideas. Simplicity and perceivability. In this context, simplicity means that a user can always interact with the application in the same familiar and consistent way. It’s not only about the consistent interface, but about breaking complex processes into simpler tasks as well. Perceivability means that all content can be perceived in many ways, so you can read it (see it), listen to it or even touch it. Think about contrast, big controllers sound alerts or even voice communication.

We believe that it’s wise to draw from the vast knowledge of specialists we have worked with over the years who have mastered these best practices. If you share our trust in expertise, AppleTech will empower you with a team of highly specialized designers, developers, testers and project managers to make your project a success.