How React Native can Reduce Cost of Mobile App Development 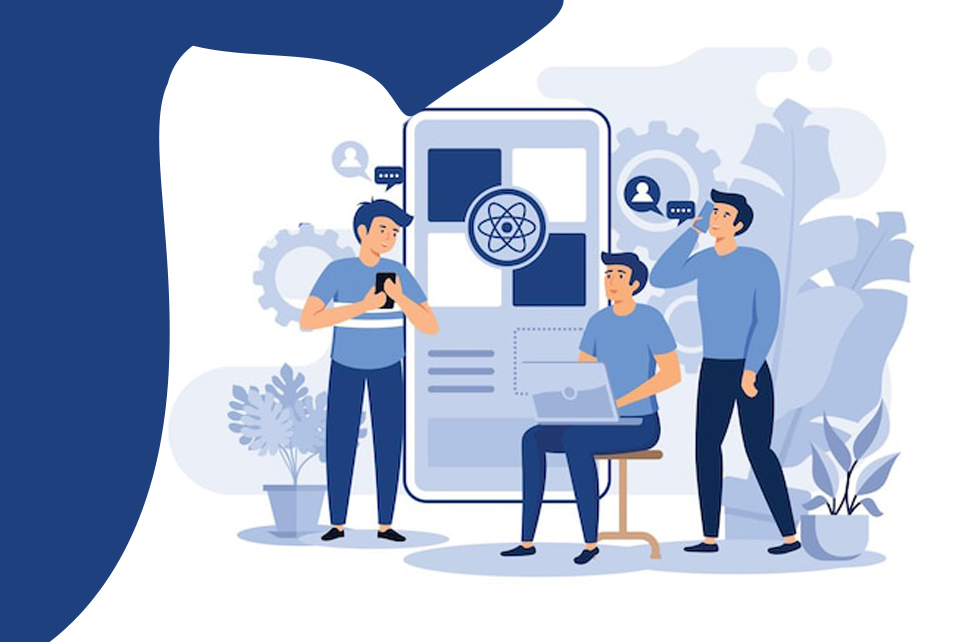 Android and iOS are the two most popular mobile operating systems. As a result, while designing apps, the firm targets both iOS and Android mobile customers. As a result, they must create two distinct apps for each system. However, spending the same amount of time, effort, and money twice for identical applications for two distinct operating systems is not a practical option for a corporation whose primary goal is to generate a profit.

This is where cross-platform application development frameworks come in very handy, saving you the trouble of having to re-code or hire a separate developer for each platform. This results in a very cost-effective development process, which may be attributed to the framework’s strategy of “Write Once, Run Anywhere.”

React Native is the most widely used framework for creating apps that can run on several platforms. As much as 42% of the development community in 2020 reportedly favours React Native for mobile app development.

Facebook made React Native, which is an open-source framework that works on the principle of “Learn Once, Run Anywhere.” To create native mobile apps using React JS for Android and iOS, developers turn to React Native. Technological behemoths like Tesla, Facebook, Skype, etc. have opted to use React Native because of its streamlined learning curve, lightning-fast reload, and third-party React Native component library, as well as its rapid development speed.

How React Native can help Reduce the Cost of a Mobile App Development Platform?

The cost of an application is determined by a number of variables, including the application’s scope and requirements, targeted platforms, app category, skilled developers, and development time and effort. Through these elements, React Native also lowers the total cost of application development and establishes itself as a very cost-effective mobile app development platform.

The cost of the mobile application is indirectly influenced by the development time. It might be difficult for a company to create a mobile application for two distinct platforms as one has to write it in a special language and spend the same amount of time and money twice.

React Native frees developers from having to write all of the code from scratch for each platform. Instead, they can compile the same code for two different platforms by choosing the type of platform from a list. By doing this, React Native tends to save a lot of time during development that can be put to better use elsewhere.

There is still a lot of work to be done once an app is released, including app launch, updates, and fixes. The standard procedure for updating an application is to submit the modified code and application version to the app store, wait for approval, and then apply the change.

By allowing remote updates to be installed in the background, React Native simplifies and shortens the process of app maintenance without negatively impacting the user experience. Users also benefit from this function since they are spared the hassle of visiting the app store to get the latest version of the program; instead, the developer pushes the update to them directly via the CodePush plugin. There will be less upkeep expense if app versions are no longer needed.

Developers have always wanted something that can be used more than once. This makes a big difference in the cost of the application or software and cuts down on the time and resources needed to make it.

Due to React Native’s cross-platform capabilities, developers can reuse and swap out components across the Android and iOS platforms. As a result, once you have created JavaScript code for your application on one platform, you can immediately compile and reuse it on another, thus cutting down on both the cost and duration of development.

To speed up the app development process, React Native provides a feature called Fast Refresh that allows you to test the app in real-time. With Fast Refresh, it is simpler and quicker to trigger any update in the app’s CodeBase.

Any time you make even a little modification to your app’s CodeBase, React Native will automatically refresh, test, and build the app on your behalf, allowing you to focus on releasing the updated version to users. Therefore, the framework automatically refreshes the application to reflect the changes made in it whenever you make a modification. This allows you to see the effects of your modifications in real-time and make any necessary corrections.

Seamless Integration with the Native Application

Compatibility with the native programs on the device, such as the camera and the GPS, is the biggest hurdle to overcome when creating a mobile app with native capabilities. The developers are relieved of the burden of integrating the native app because of React Native’s remarkable native app compatibility.

Because React Native allows for a smooth integration without sacrificing speed, developers don’t have to create the modules independently. Since this is the case, the framework can be said to be cost-effective.

Developing an application requires a number of considerations, including the chosen platform, the employment of professional developers with specific expertise, and the maintenance of different codebases for each application. As a framework that supports several platforms, React Native streamlines the process for you. Therefore, you do not need to employ any more resources for your program on other operating systems; the same resources will be enough.

This feature increases the cost-effectiveness of React Native by eliminating the need to engage specialized developers for each platform, maintain the codebase individually, and duplicate the native apps for your applications.

React Native comes with a huge library of UI components, and it also lets developers use libraries from other sources. This makes developers’ jobs easier and saves them time and effort by letting them use components that are already in the libraries. This also lowers the cost of the application in the long run.

The demand for mobile applications is at an all-time high and the need for having one has become a prerequisite for many companies. Users’ expectations that businesses provide mobile app access to their services have increased in recent years. Nonetheless, making apps for the sake of making apps won’t gain you the respectable share of the market that you deserve. You need to watch out for the app’s performance and make sure it’s compatible with the other native apps, all while sticking to a strict budget.

React Native is a perfect match for this scenario, allowing you to build a fully functioning commercial app without splurging a lot of money. You won’t see any returns on your investment in the strong and inexpensive React Native technology unless you have access to skilled assistance. This is where AppleTech can help you with. Get in touch with our specialists and hire a developer if you want to use the framework’s full potential in your company and build a market-leading application.