How Much Does It Cost to Develop an iOS App? 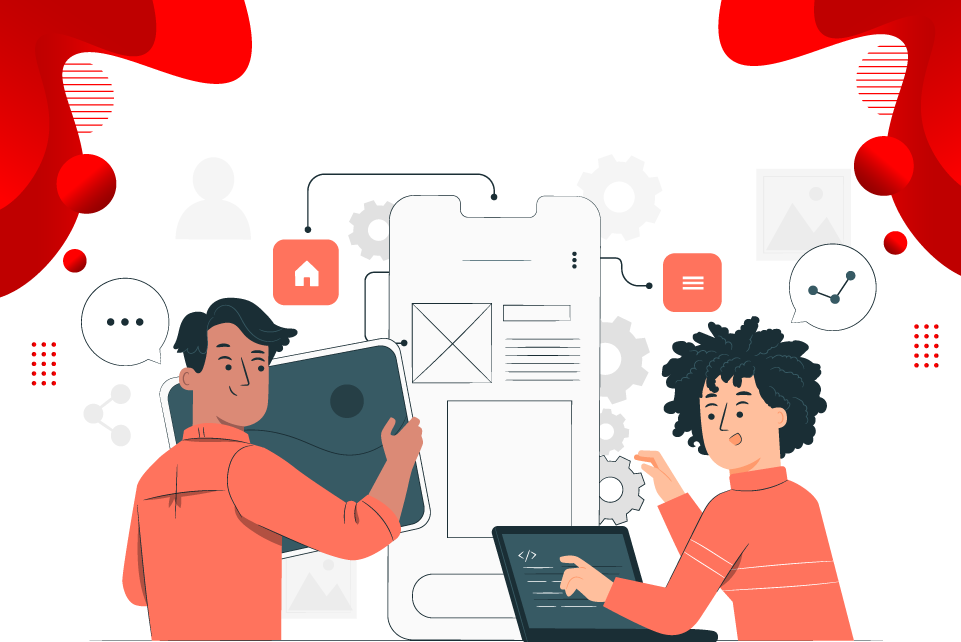 The world of the smartphone market is concentrated on two operating systems, namely, iOS and Android. If you develop an app for only one platform, then you won’t be able to penetrate the market properly. But, if you think long term, you’ll realize that application development for iOS should be first on your priority list if you have an application idea.

From the sea of operating systems, iOS has managed to stick in people’s minds. Apple’s demand in the market is supported by the fact that there are now over 1.4 billion active Apple gadgets, including iPhones, Macs, iPads, Apple TVs, iPods, and Apple Watches. Apple or iOS apps get so much attention for all the right reasons.

The features of Apple devices are exceptional, and the applications accessible in the Apple store are commendable. According to App Store data, there are over 2.2 million applications in the App Store. This is because businesses have long recognized the advantages of creating apps for the iOS platform.

First, let’s discuss some of the benefits associated with iOS app development for business, and then we will move on to the cost of developing an iOS application.

Now, let’s as assume, that you have the next big thing that will bring in the revolution, the only question that comes to your mind is “how much does an iOS app development cost?”

Well, as you may have already guessed, this question can’t be answered in a single word. So, to find the answer, we’ll look into the factors that affect how much it costs to make an iOS mobile app.

The cost of making an iOS app depends on a number of factors. You need to think about everything, from how complicated the app is to where the iOS app development company is located, to get a good idea of how much it will cost in the end. Here, we talk about all of the factors in detail so you can see how they affect the cost of making an iOS app:

Your iOS mobile app’s cost is directly impacted by its size. The cost of developing an iOS app will rise if your app has a lot of features or complicated functionality since doing so will need a lot of time and work on the part of iOS app developers. In other words, the more compact something is, the less expensive it ultimately becomes.

Complexity refers to the level of challenge faced by developers while creating a certain feature. If your iOS app needs a special or customized solution that takes a lot of time and works to set up, then it will take longer to make and, as a result, cost more.

For instance, suppose your iPhone app needs AR/VR functionality so that consumers can virtually customize the product. To allow this particular feature, developers will have to put in a lot of work to establish a separate capability. Your cost to build an iPhone app will rise as a consequence.

The most significant factor that determines how much an iOS app will cost is the app’s features. When your iPhone has more features, it’s only natural that iOS app development will take longer, and as a result, the cost will go up. But there are some things that every iOS or iPhone app has in common or that are important. But if your app needs extra features, you should be prepared for the price to go up.

You might find this strange. Most businesspeople think that developing an iOS app costs the same as developing any other kind of mobile app. But the truth is that it affects your budget right away. Each iOS app is made for a specific industry or market niche. And its UI/UX design and features are built to match that. There are a lot of different categories in the Apple App Store that tell what kind of business your iPhone app is for.

You must choose the category for which the iPhone app is being developed, such as education, lifestyle, health, business, gaming, food delivery, etc. The most popular categories in the Apple App Store, are games, business, education, and utilities. The following table shows the average cost of developing iOS apps in different categories.

This is one of the most significant factors that affects the cost of an iOS app development project. If you choose to work with a specialized iOS app development company and outsource your app project to a foreign nation, find out where the company is located.

So, check where the company or iOS app developer is located to get a good idea of how much it will cost.

What are the Hidden Costs in iOS App Development?

With your newfound expertise in iOS app development costs, you may be feeling pretty good about yourself. Not so fast! Most business professionals would acknowledge that the aforementioned considerations are obvious or common knowledge. Certain hidden costs might pop up while developing an iOS app that you shouldn’t ignore. All the expenses that most people don’t think about are listed here.

How much does iOS App Development Cost?

The following method for calculating the cost to produce an iOS app will help you get a better understanding of how much it will cost you to create an iOS app.

You may quickly get the correct answer by multiplying the total time required for the whole development period by the hourly rate. However, if you contract out your project to an Indian iOS app development business, a simple iPhone application would cost on average between $30,000 and $40,000.

How AppleTech can help you build a budget-friendly iPhone app?

AppleTech is the best iOS App development company. We have some of the most skilled and experienced iOS app developers and software engineers in the business. They are proficient in making the most of all available resources quickly and efficiently.

Our team knows how to use Swift, Objective-C, React Native, and Flutter to make a full-fledged iPhone app within your budget. Their experience in using these tools in numerous projects enables them to handle complex projects with ease.

We understand the value of every hour and your business ambition behind the app. So, if you choose to build your app with us, we’ll help you get the most out of Apple’s development resources.