How Blockchain Technology is Impacting the Automotive Industry 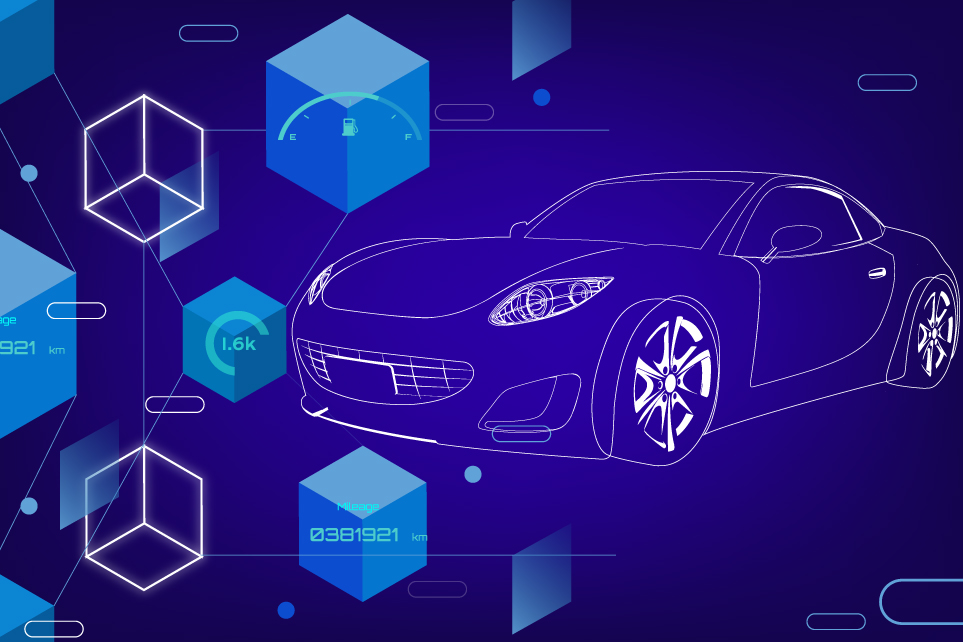 Blockchain is a distributed database that hosts a continuously growing number of records. These records are stored in blocks instead of in a single file. This technology has revolutionized the marketplace using peer-to-peer networking where every node stores and transmits data over an encrypted channel. Also, it is considered as a modern business infrastructure that facilities trustworthy business models.

Blockchain technology has become prominent in the automotive industry in the same way as technologies like artificial intelligence, machine learning, high performing GPS and sensors.

Regarding blockchain it is a well-known fact that the financial industry accounts for a significant amount of investments and activities in the technology.

After the launch of Mobility Open Blockchain Initiative (MOBI) which was in a conference between major automators (BMW, General Motors, Ford transit), leading blockchain technology start-ups, premier organizations (IBM, Accenture, Cosensyn), NGOs and academic institutions like the world economic forum and blockchain at Berkeley in May 2018, most industries in the automotive sector started adopting the blockchain technology.

Over the last two years, major automotive industries have started to use blockchain technology in vehicle supply chain, security, car service, autonomous vehicles, manufacturing process, and insurance. Some of these companies like General Motors (GM), Porsche, and BMW have partnered with blockchain start-ups like XAIN, Spring Labs, VeChain Thor to address complex issues.

In the automotive industry, the transparency offered by distributed ledgers could help ensure that manufacturing, shipping, and suppliers see the same supply chain, making it nearly impossible for the insertion of counterfeit parts.

Furthermore, multiple blockchains could be put into use to manage the mass amounts of data generated and monitored by automotive manufacturers and suppliers daily: one blockchain might contain bills of lading for vehicle components, another could contain quality-inspection records created during the manufacturing process, and another could store WIP information for each vehicle assembly from start to finish.

In vehicle manufacturing, blockchain can effectively prevent counterfeit issues because every vehicle part must have a unique identity number. This also helps in issuing a less complicated recall.

As a self-driving vehicle navigates the world, the blockchain could become responsible for recording data about the details associated with the trip. This localization data could include everything from information about road and infrastructure details to general traffic patterns. Other vehicles in the network could then access this information and trust that, since it has been processed through blockchain technology, it is accurate and secure (the data structure of shared ledgers in blockchains makes adding to, removing or altering data nearly impossible once it has been validated and stored in a block).

Since sharing everyone else’s data is the fastest path to autonomous driving, automakers may soon leverage blockchain to share all the localization data as securely as possible. Only authorized parties would be able to access this data in real-time because it is cryptographically secure. Hacking is big business and not a threat to individuals as much as it is to OEMs. Blockchain usage will prevent “bad actors” from hacking the network and potentially holding OEMs hostage as a result of a display of what can be done to the automaker’s autonomous vehicle network.

Blockchain technology has helped in the manufacturing of autonomous vehicles. Autonomous vehicles are equipped with autopilot modes which can allow the vehicle park itself or do other tasks by instructing the car’s digital computer using voice commands.

Blockchain technology provides maximum transparency and speeds up the process of change of car ownership. Blockchain also uses a smart contract where the seller and buyer can enforce the transaction of goods without the need for a middleman.

When buying a second-hand car, customers often face the problem of compromising odometer data. You might have bought a car that has driven many more miles than you think. This is where blockchain can come in handy.

Since blockchain data is immutable, you will always be able to compare what seller claims with the true information stored in the blockchain. In fact, you will be able to check any information about the car: mileage, accidents, repair history, or any other data that will help customers avoid the wrong purchase.

Most cars that use blockchain come with on-board computers like Engine Control Unit (EDU) which contains error logs so that the service professionals can quickly diagnose and repair the car in less time. Using blockchain, maintenance status can be easily tracked without visiting a mechanic station so you can avoid towing your vehicle to one.

Most insurance claims are fraudulent and they use concealed methods when issuing policies and managing claims, which results in high operational cost and ineffectiveness. Blockchain addresses this by enabling un-manipulative and transparent logging of the vehicle sensor data in a decentralized network. It provides new telematics add-on services, which provides insurance companies with driver locations, drive duration, acceleration and braking behaviours, vehicle speed, and other information. It also enables insurance to be taken into other vehicles like a user profile; this process can be termed car sharing.

Blockchain allows add-on that is capable of making in-car payments for movies, and other services are kept secure. With blockchain’s infotainment services, passengers can relay their information, and also view life video of far-away events.

Apart from the impacts of blockchain listed above, blockchain contains smart contracts that are equipped with the Internet of Things (IoT) services to ease up authentication and validation processes. Blockchain also triggers machine-to-machine (M2M) transactions with the use of smart contracts.

Blockchain technology is improving rapidly which means that in the next one or two years, blockchain would be able to provide solutions to many of the challenges the automotive industry faces. We at AppleTech are adept at developing solutions using the blockchain technology. Reach out to us to transform your concept into a solution.