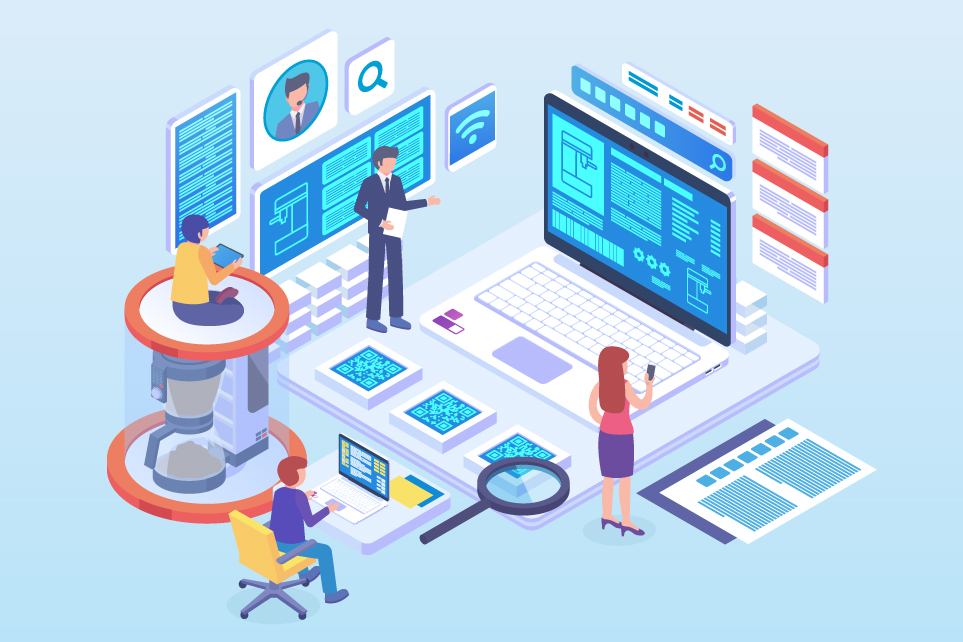 The ideation phase is a time when team members brainstorm on a range of creative ideas that address the project goals. During this phase, it’s critical not only to generate ideas but also to confirm that the most important design assumptions are valid.

Product teams have a lot of techniques for ideation — from sketching, which is very helpful for visualizing what some aspects of the design will look like, to storyboarding, which is used to visualize the overall interactions with a product.

Generate Ideas (How Users Will Interact With a Product)

A user journey map is a visualization of the process that a person goes through in order to accomplish a goal. Typically, it’s presented as a series of steps in which a person interacts with a product.

A user journey can take a wide variety of forms depending on the context and business goals. In its most basic form, a user journey is presented as a series of user steps and actions in a timeline skeleton. Such a layout makes it easier for all team members to understand and follow the user’s narrative.

A simple user journey reflects only one possible path during one scenario.

After you’ve identified personas, you can write scenarios of interactions. A scenario is a narrative describing a day in the life of a persona, including how a product fits into their life. A storyboard presents the user’s story in a visual way — similar to a movie or comic. It can help product designers understand how people interact with a product in real life, giving designers a clear sense of what’s really important to users.

A user story is a simple description of something that the user wants to accomplish by using a product. Here is a template for user stories:

A job story is a way to describe features. It’s a description of a feature from a jobs-to-be-done perspective. A job story is an effective technique for defining a problem without being prescriptive of a solution.

Plan the Structure of a Product

Information architecture would benefit from the involvement of users in the IA development process. Product teams typically use a technique called card sorting for this purpose. Designers ask users to organize items (major features or topics of the product) into groups and assign categories to each group. This method helps you find out how users expect to see information grouped on a website or in an app.

Generate Ideas (What Will the User Interface Look Like)

A wireframe is a visual guide that represents a page’s structure, as well as its hierarchy and key elements. Wireframes are useful for discussing ideas with team members and stakeholders, and to assist the work of visual designers and developers. Wireframing acts as the backbone of the product — designers often use them as skeletons for mockups.

There are two types of ideas: good ideas that lead \to product success, and bad ideas that can lead to failure. Of course, design execution is important, but the idea itself plays a crucial role in the process. A well-executed bad idea is a big waste of time and energy. It’s critical to reveal bad ideas as early as possible. So, how do you distinguish a good idea from a bad one? A technique called a design sprint can help you with that.

A design sprint is a five-day design framework for validating ideas and solving challenges. It enables product teams to build a prototype that they can put in front of users to validate the initial design hypothesis (to see if it solves the problem for the user).

Design sprints are a process of quickly creating a product’s future state, be it a website or app, and validating it with a group of users, stakeholders, developers and other designers. This whole concept is based on the idea that, by a design team setting a direction and iterating rapidly, it’s possible to design a product that presents the maximum value for people who will use it.

To deliver a good user experience, prototyping must be a part of your design process. A prototype is an experimental model of an idea that enables you to test it before building the full solution. A prototype often starts small, with you designing a few core parts of a product (such as key user flows) and grows in breadth and depth over multiple iterations as required areas are built out. The finalized version of a prototype is handed off for development.

Prototypes range from rough sketches on a piece of paper (low-fidelity prototypes) to interactive simulations that look and function like a real product (high-fidelity prototypes). Depending on the stage of the design process and the goals of the prototype, you’ll need to select the appropriate prototyping technique. It’s crucial to choose the method of prototyping that minimizes work and maximizes learning.

A lot of digital prototyping tools today help us to create prototypes with the least possible amount of effort, but sketching on a paper still remains the most important tool for any designer. That’s because sketching allows designers to quickly explore a lot of different design alternatives without investing much time and energy in each one. It forces designers to concentrate on the essence of a product’s design (what it does), rather than its aesthetics (how it looks). And what’s especially great about sketching is that it opens up design to everyone — anyone can sketch, and no special tools are required. The fact that anyone can participate in the design process makes sketching an ideal tool during brainstorming sessions.

Digital prototyping is the process of creating an interactive design that other people can experience themselves. Just a decade ago, in order to build a high-fidelity prototype, you actually had to code the solution using programming language. These days, prototyping tools allow non-technical designers to create high-fidelity prototypes that simulate the functionality of a final product in just a few clicks.

At the end of the prototyping phase, the design will be ready for production. It’s the time when the designer hands over the design to a developer for coding. During the developer handoff, a designer must clearly communicate to the developer how every piece of the design looks and works. Multiple layers of information and detail need to be conveyed, and it’s critical for designers and developers to be on the same page.

Design specs are detailed documents that provide information about a product, such as user interface design details (colours, character styles and measurements) and information (flows, behaviours and functionality). A developer uses this document to take the design into production and build the product to the designer’s specifications.

To be continued in Part 4 of the series