7 Productive Google Cloud Tools You Should Have 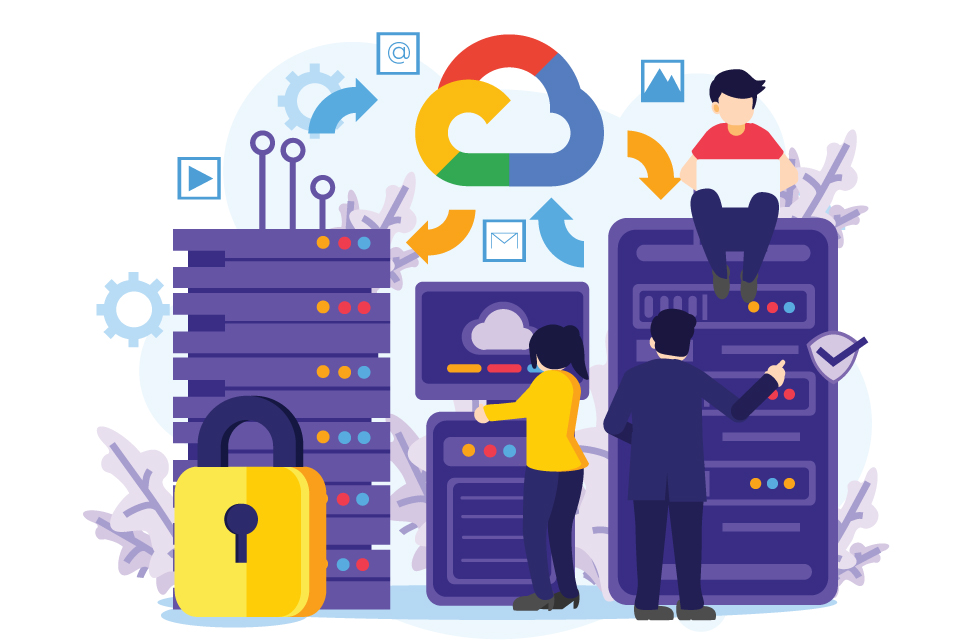 Undoubtedly, Time is one of the most valuable resources and you can’t do anything about lost time. But you can save time by using different means and using that saved for some other fruitful endeavors. No matter when or where they are, developers throughout the globe are always short on time. This is one of the reasons why, despite its late introduction into the market, Google Cloud has garnered a lot of popularity. Google went the extra mile and put a lot of effort into making sure that their cloud technology and productivity tools worked well together.

However, Google Cloud, like any other cloud, is large, and it might be difficult to choose the best tools among the wide range of tools Google offers. To simplify the process, we’ll talk about the tools that every Google expert and enthusiast should have.

One of the most popular tools among developers is Kubernetes. Kubernetes, also called K8s, is an open-source containerization platform made by Google that boosts productivity. Given its origins, it’s no wonder that Google created GKE, a specific tool for managing container deployment and maintenance.

The GKE enables Kubernetes-based apps to be developed and deployed quickly. Despite the increased speed, security is not compromised in any way. Furthermore, GKE has Autopilot mode, which can completely operate a whole cluster on its own. In brief, GKE allows users to completely control their container applications.

This is possible because the tool has built-in command libraries for running apps and app performance monitoring. It also has seamless scalability. This is one of the most sought-after tools when working with Kubernetes because of its emphasis on K8s.

In simple words, BigQuery is the pitstop for data. It not only stores day but also analyses it. BigQuery users will be able to see their data creation and acquire critical information thanks to the package’s Machine Learning (ML) and Business Intelligence capabilities (BI). Once the data is provided by the users, these two functionalities provide insights. The data can be uploaded through different channels. There are many upload options ranging from Google Assistant to automated machines.

What makes BigQuery unique from its competitors is the ability to do analyses on data stored in other locations. Even though BigQuery has a lot of features, it is easy to use because Google made its user interface (UI) easy to understand. One can access the tool through Google Cloud Console and then use command-line or API client libraries to work with it.

Google Cloud programs like Google Cloud Skills Boost can help beginners improve their skills. However, since time is a luxury, businesses use AppleTech’s services because we provide solutions that are both efficient and cost-effective.

While there are many similar tools, Filestore is a workhorse that doesn’t falter when put to the test. It has a maximum input/output rate of 920k operations per second (IOPS). Low latency processes, such as data analytics and genomics data processing, are made possible by this rapid speed.

When it came to dealing with storage difficulties with Filestore, Google left no stone unturned. The instrument has a storage capacity of 100TB and can transfer data at a rate of 25 GB/s.

Google has named this tool quite aptly as Persistent Disks are all about dependability. This tool, as you might have guessed, is a storage tool that is made for virtual machines that need quick access to data. The tool can also automatically encrypt block storage like HDDs and SSDs.

Persistent Disk is much more flexible than other reliable solutions because it lets you change the disk size in real-time and switch between SSD and HDD disks. When an app needs faster IOPS, this is what is done.

The tool can be used on both Compute Engine and GKE, and once the work on the virtual machines is done, it can be disconnected to keep the data safe.

In the age of multi-cloud operations, Google has released Anthos, a tool that enables you to run operations across several clouds from any location. It is the first cloud tool to facilitate the deployment of multi-cloud and hybrid apps. This program can be used to manage GKE clusters and virtual machine workloads on its own. If that isn’t enough, the AWS operations can be managed directly from Anthos.

Anthos has an enticing aura since it does not need the installation of a hypervisor or virtual machine monitor VMM software to function on a user’s infrastructure. You can build, automate, and enforce security measures across all infrastructures using Anthos. In a nutshell, Anthos connects numerous servers and infrastructures.

In today’s world, everything should be as simple as clicking a button. App Engine has the same spirit, as developers can build web apps in any of the supported languages and deploy them using the gcloud auth application. The upload and execution of the code on Google Code will be handled by App Engine. The tool will scale the app depending on how much it is used.

As the tool auto-scales the apps, App Engine users can get rid of resources like hosting infrastructure and other resources that they don’t need. The App Engine gives SSL certificates for free to apps that need to send data over the web or on mobile devices.

This tool can be used from the Google Cloud Console or the gcloud command-line interface.

However, there are many useful tools on Google, and although we’ve mentioned a few of them here, it’s reasonable if not all of them are relevant to your company. This is why we, at AppleTech, take the time to create tailored solutions for our clients. We have a team of experts that can help you with cloud services such as cloud application development, cloud analytics, cloud consulting, and cloud integration.

Reach out to us and we’ll provide you with a cloud solution that meets your requirements.