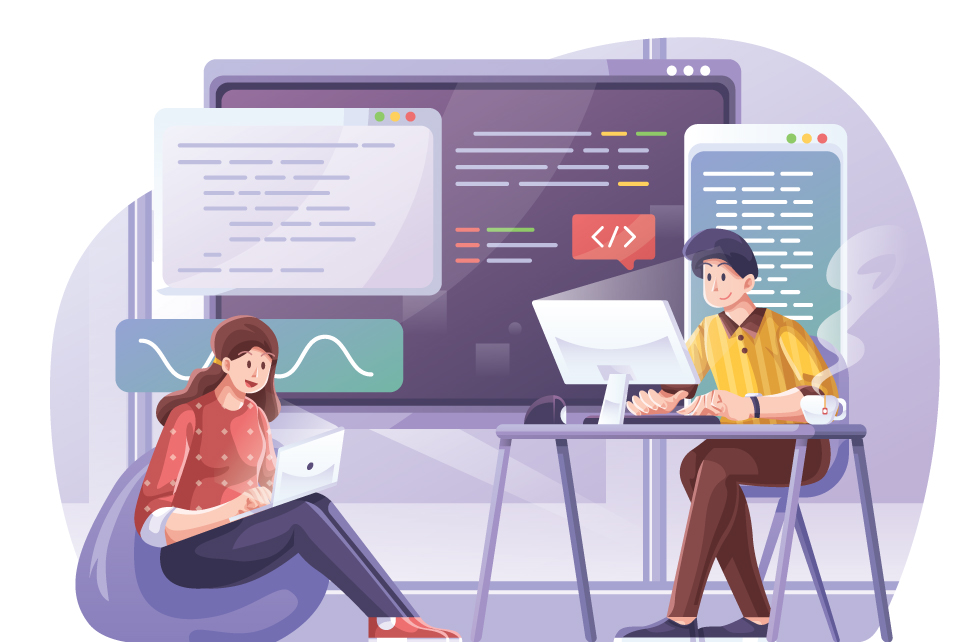 Another common misconception is that app developers need a lot of experience to make apps that do well. In reality, all you need are some basic programming skills and a strong desire to make software that does something new and useful. You can easily learn how to make apps if you have the right tools and someone to help you.

Here Are Some Common Misconceptions about App Development

App Development Is Difficult And Requires A Lot Of Coding

People have a lot of wrong ideas about how to make apps, and one of the most common is that it is hard and requires a lot of coding. App development isn’t hard at all if you know how to use the right tools and methods. You can make high-quality apps quickly if you have the right tools and know what to do.

There is no one answer to this question because the amount of experience a developer needs to make successful apps depends on the app development platform or programming language they are using. But a lot of app developers don’t need a lot of experience to make apps that do well. In fact, some app developers who are just starting out may find it easier to learn a specific programming language or make their apps from scratch than to use templates or platforms that have already been made.

There is no universally applicable solution to this problem since the price of developing an app depends on the scope, size, and difficulty of the project, as well as the particular software or hardware needed. But, in general, the costs of making an app are usually not too high and can be relatively cheap compared to other types of commercial projects.

It Takes A Long Time To Create An App

There is no one-size-fits-all answer to this question, as the time it takes to create an app will vary depending on the size and complexity of the project. Generally, it usually takes between two and four months to make a basic app from start to finish.

You Have To Be Good At Coding To Develop Apps

There is no one right way to make a good app, and everyone has their strengths and weaknesses. But a lot of people think that you have to know how to code to make apps. Even though you need to know how to code to make apps, there are other important things you need to think about if you want to become an app developer. For example, if you know how to use different programming languages, you can write code that works better. If you know how to design user interfaces, you can make apps that are easier to use. Also, an app developer needs to be able to work with teams and meet deadlines. So don’t listen to anyone who says you need to be a great coder to be able to.

There is no one way to become an app developer because the skills you need depend on the type of app you want to make. But most app developers do know a little bit about how to program computers. This is because many app development frameworks require developers to write code to make and update apps.

You Need To Be a Genius to Develop Apps

App development can be hard and take a lot of time, but that doesn’t mean you have to be a genius to do it. In fact, a lot of app developers come from simple backgrounds and learned how to make apps by reading tutorials online and practicing on their own. If you are willing to put in the work, you can definitely learn how to make apps.

When businesses think about mobile apps, they often ask the wrong question: Should we build HTML5 apps or native apps? They should be asking, “Should we build both HTML5 and native apps?” No matter how you feel about native apps, you now have to have mobile web apps. We see more and more big companies following this trend. For example, one of the most popular native apps on all platforms is Facebook. But they also have a polished mobile web app that looks and works like their native app. The same thing happens on LinkedIn.

These companies have realized something: Mobile web apps are mandatory. Users may use a platform that you don’t support. They may not want to download your app. In these cases, the mobile web app acts as a backup. It works across all platforms. It’s the surest way to reach the largest audience.

Once your app is released, it’s done

Once the app is built, you’re done, right? Not at all. Still, a lot of companies think this way. They only look at the cost of building and don’t consider the total cost of ownership. They don’t think about the maintenance, upgrades, changes, etc. that must be made to their app once it’s built. The sad truth is that, in the long run, maintenance takes more time and money than development itself.

UX and UI designs are alike!

On the other hand, user interface design talks about the looks and design of the product. It is a digital term that considers the looks, feel, and interactivity of a product. For example, the screen design on your smartphone or the screen touch on the ATM will determine intake functioning. It takes into consideration the color scheme, icons and buttons, spacing, images, and typography.

It’s the old “features vs. benefits” discussion. Too many companies get hung up on the features while ignoring how those features help their customers. Features don’t make a great app. Benefits do.

Ask yourself these questions about every feature: What does this feature do for my users? How does it make their life easier? How does it solve their problems? If you can’t answer those questions easily, perhaps that feature isn’t worthwhile.

As a developer, you should know what people often get wrong about app development. Some misconceptions are widely believed, and developers need to be aware of them if they want to put an end to them. By doing these things, you can build a good name for yourself and get the right people interested in your work.

We at AppleTech have the experience and expertise in building portals, and mobile and web applications for multiple industries. Come to us with your idea and watch it develop into a solution.